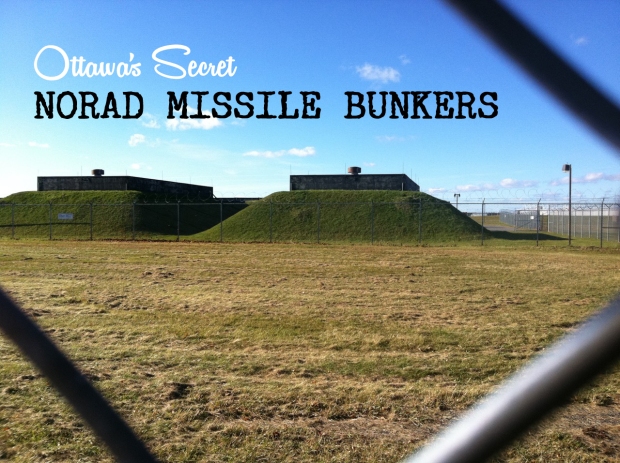 As the cold of winter once again grips Ottawa, a remote group of buildings quietly stands as a relic of our Cold War past, once a secret NORAD base of operations during a very different war on cold..that of the nuclear age. 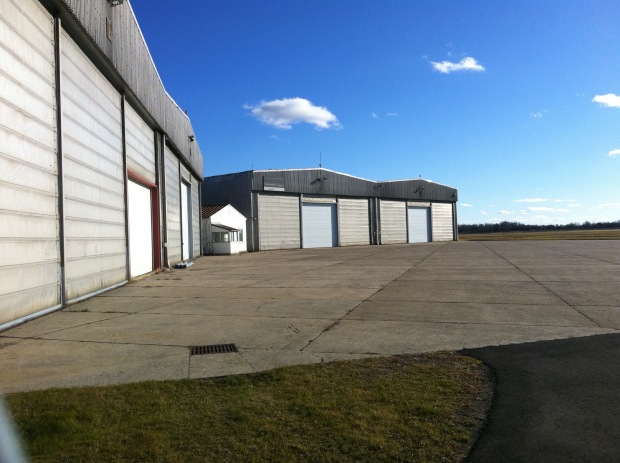 At the height of the Cold War in Ottawa, the threat of nuclear attack by Soviet Russia was taken so seriously that a QUICK REACTION ALERT or QRA station was constructed on the outskirts of town at Uplands Air Force Base off Hunt Club Road. Now forgotten and hidden behind rusting barbed wire fencing, this unique defence facility constructed sometime in the late 1950’s was a special unit of the Royal Canadian Air Force base and played a key strategic role in the air defence of Canada and North America during the Cold War. Part of North America’s Air Defence, or NORAD, Ottawa’s QRA station formed part of a network of 5 other Canadian all-weather jet fighter bases armed with missiles and possible nuclear capabilities to counter surprise attacks by Soviet bombers in North American airspace. An excellent blog set up by Steffan Watkins, “Camping Canadian” explores various Cold War sites in Canada in amazing detail, and outlines the various QRA sites in Canada, including the station here in Ottawa. A direct link is HERE. 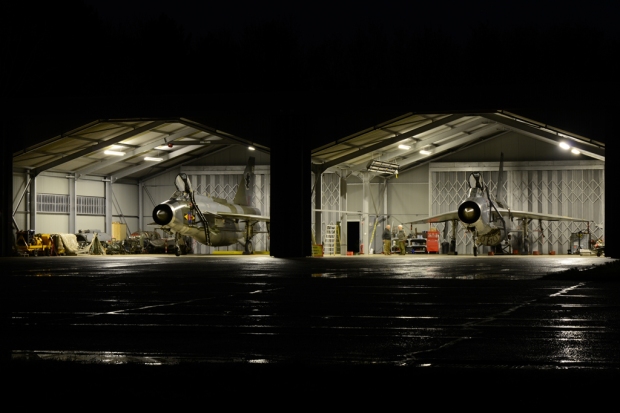 A photo of a RAF QRA hangar still in operation. 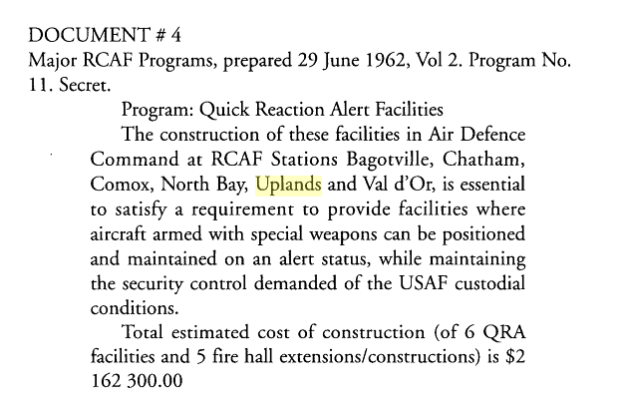 In a document prepared in 1962 labelled as “PROGRAM 11-SECRET” Ottawa was to house a special jet fighter intercept station “essential to satisfy a requirement to provide facilities where aircraft armed with special weapons can be positioned and maintained on alert status, while maintaining the security control demanded of the USAF custodial conditions.” 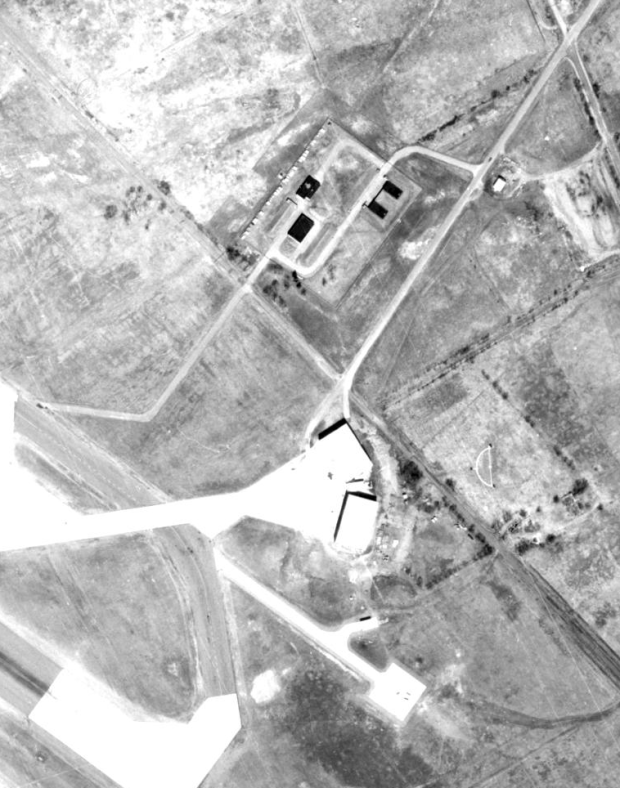 Photo of an Ottawa based CF101 Voodoo fighter jet that would have been stationed inside the special QRA hangars.

A special isolated hangar and some missile bunkers were constructed at a remote part of the Uplands airport that would house Cf-101 Voodoo fighter jets supplied by the USAF after the cancellation of the Avro Arrow program. Ottawa would most likely have seen Avro Arrows stationed in these specially built QRA intercept hangars if the Arrow program was not cancelled. Along with the special windowless secret hangars, special bunkers were constructed to house missiles for these jets on alert, including nuclear missiles. The Voodoo’s primary armament was the nuclear-tipped AIR-2A Genie unguided air-to-air rockets, and was used as Canada’s primary means of air defence. 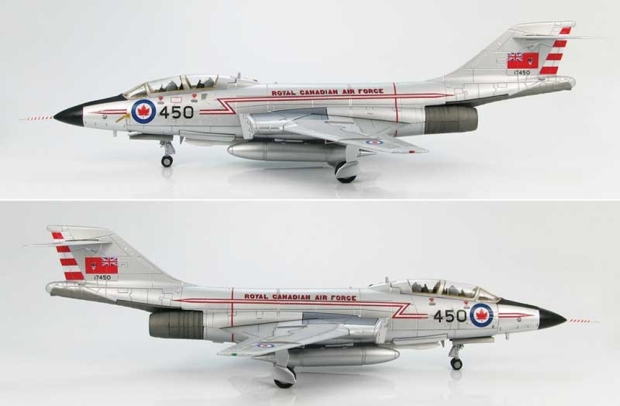 A model of the Ottawa based NORAD Alert fighter jet.

Another 1962 document labelled “PROGRAM NUMBER 10-SECRET” it is mentioned that “special weapons (most likely nuclear) needed to be housed. “A requirement exists to provide RCAF Station Uplands with special armament storage facilities to accommodate the ready-use weapon loads required by CF101 aircraft and to provide these bases with facilities for security control of such weapons.” I was unable to find confirmation that nuclear weapons were actually stored in the bunkers, but it seems likely if the Voodoo was usually armed with the Genie missile. A future Ottawa Citizen article says no nuclear weapons were ever housed in Ottawa. 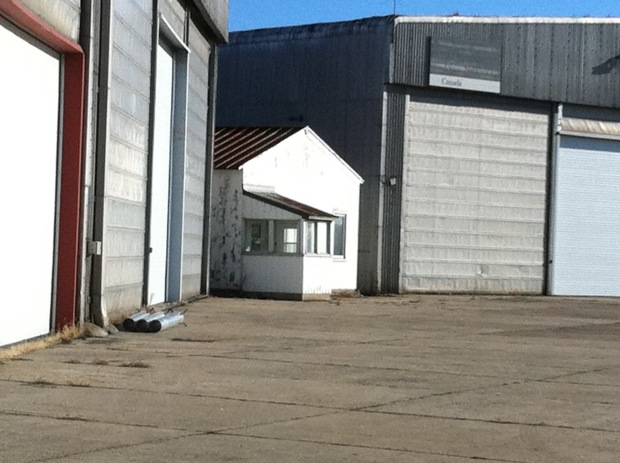 As of November 2015, the Cold War era facility is clearly in good shape, even the pilots mess hall and barracks are still standing.

These “special weapon” facilities were indeed built, and can still be seen today near the QRA hangars at the south end of Ottawa’s airport. Surrounded by barbed wire fencing there are a number of these special built concrete bunkers surrounded by earth piles meant to absorb any explosion of the missiles inside the bunkers. Air vents can clearly be seen from the road sticking above the bunkers and a quick Google map search clearly shows these missile bunkers in aerial images of the area. 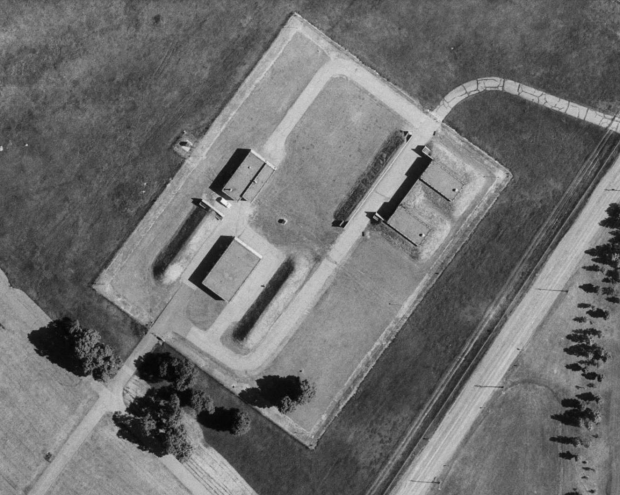 A 1965 aerial image shows the missile bunkers for the fighter jets armament. 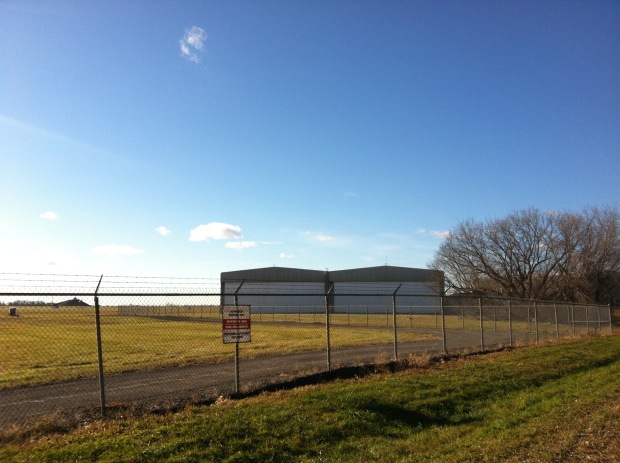 As seen from the road the facility that once housed the standby-fighters during the Cold War. 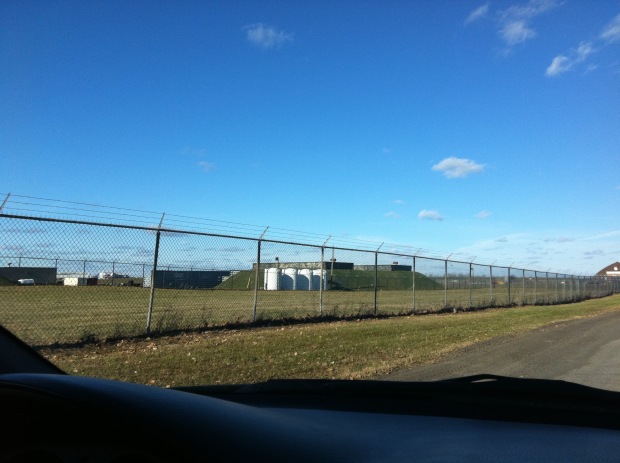 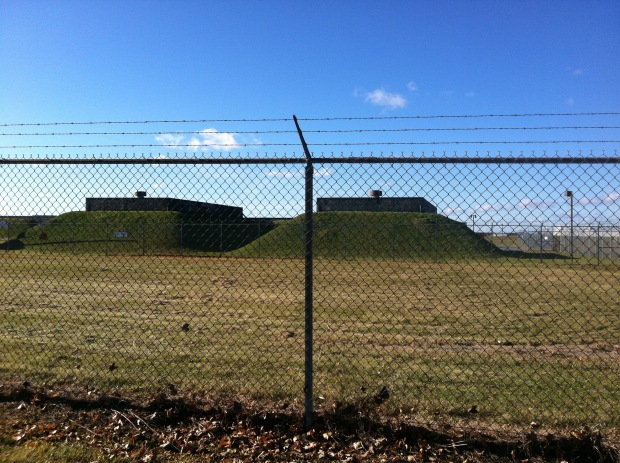 The bunkers as they appear today that once housed the missiles for the Voodoo fighters in the nearby hangars.

Operational as 410 Squadron as of Christmas Day 1961, these secret NORAD QRA stations provided a unique lifestyle for its occupants during the Cold War.  Ottawa pilots and ground personnel spent up to a week at a time inside the hangar, ready to jump into a ready fighter jet at a moment’s notice. In the event of an alert, hangar doors quickly opened allowing the jets to take off almost immediately. Eating facilities and sleeping quarters were located in between the two hangars, and the bunkers situated a few hundred metres away housed the missiles that the planes would be armed with to intercept the Soviet aircraft. 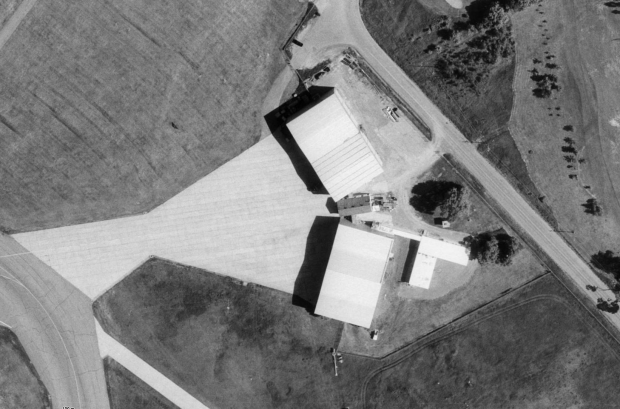 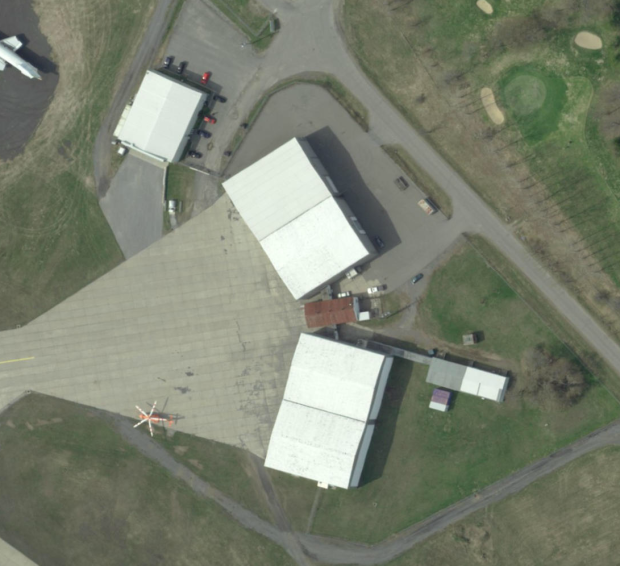 In 1964 Defence Department cuts axed the QRA NORAD facilities and Ottawa’s unit was disbanded with its 8 Voodoos saying farewell to the Nation’s Capital. At midnight on March 31 the commanders give up alert commitment and 410 Squadron ceased to exist. 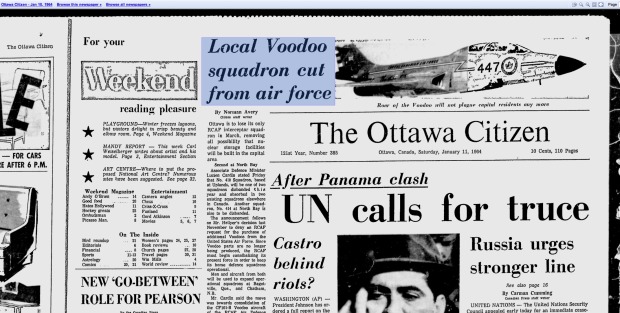 An Ottawa Citizen article describing the shut-down of the NORAD facility in Ottawa.

Of the six QRA facilities constructed, only a few remain in existence. The QRA facility in Bagotville, Quebec was designated a National Historic Site in 2005, and with Ottawa’s facility in relatively good condition despite sitting unused in a remote part of the airport, it would seem appropriate to take the necessary steps to protect and preserve this unique part of Ottawa’s, and Canada’s Cold War history.