Situated approximately 57km northwest of Ottawa there is a nondescript piece of property near Chats Falls on the Ottawa River. It is part of the oldest known European settlement in the Ottawa Valley and includes the ruins of a centuries old Hudson’s Bay Trading Post. 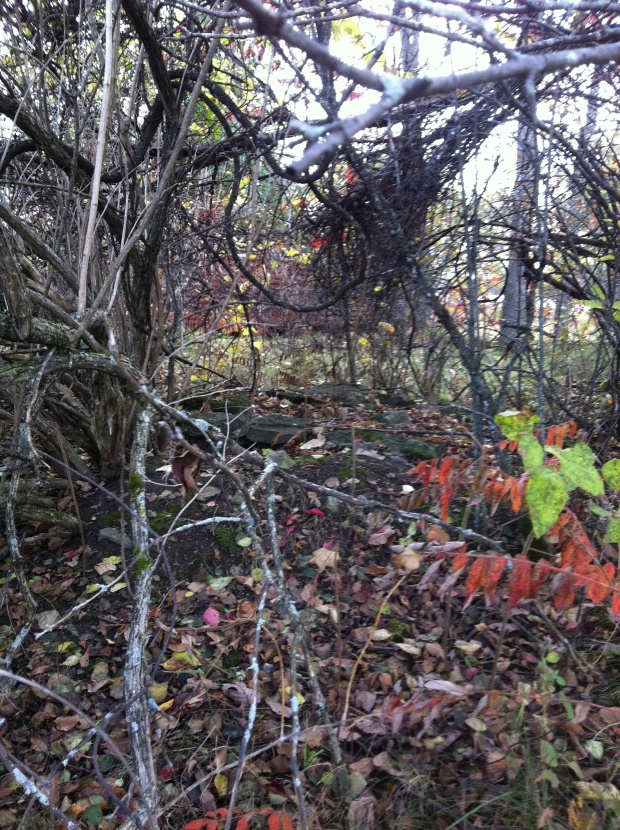 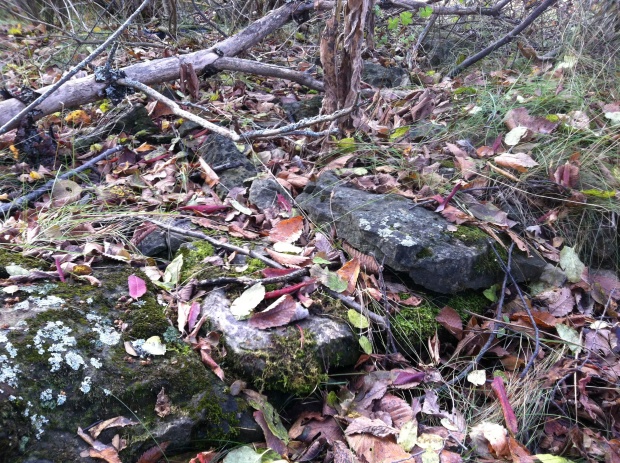 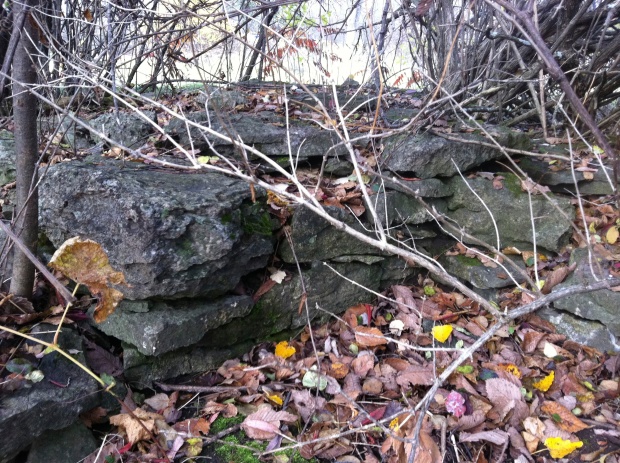 Concealed under the cover of bushes and underbrush, the original stone foundation of a structure is visible. This is most likely the remains of Mondions original home he built in 1786, the oldest known settlement in the Ottawa Valley, and later a busy trading post. 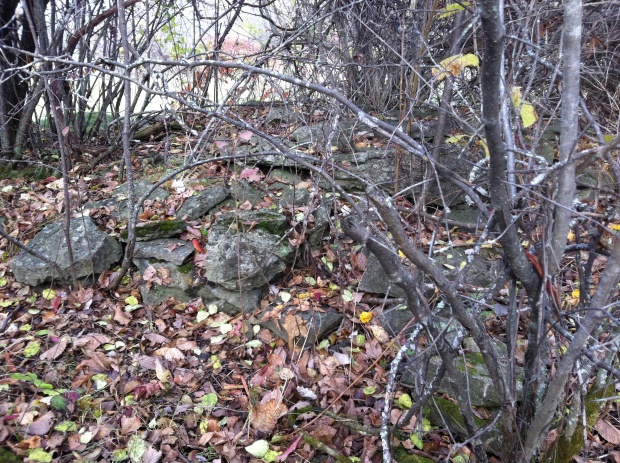 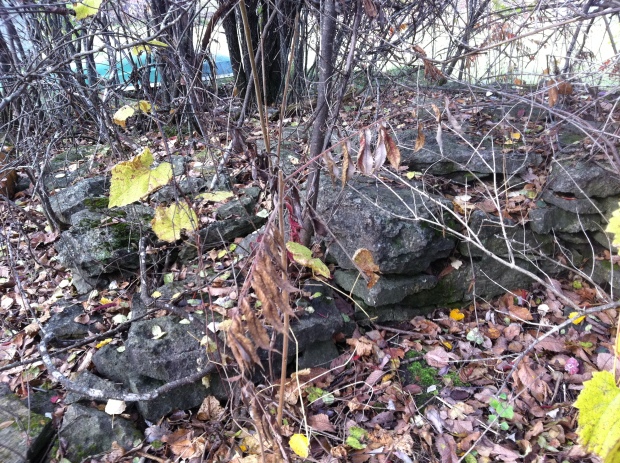 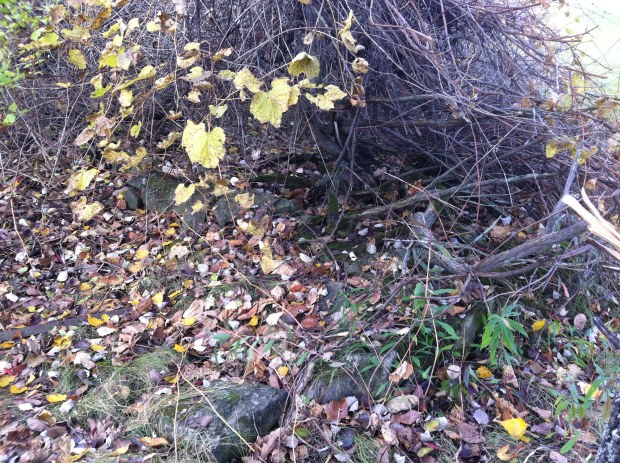 Before Philomen Wright arrived in 1800 from Massachusetts to settle the National Capital Region in Hull, there was another visitor that settled in the wilds of the Ottawa River Valley. An area traversed by nomadic tribes of the First Nations for thousands of years to transport goods and copper from Lake Superior east along the Ottawa River, or “Great River” as it was known then, this parcel of land was an important strategic and cultural piece of property.  Samuel Champlain would have passed by this property in the early 1600’s but it wouldn’t be until 1786 that Joseph Mondion would decide to build a permanent residence here. Fourteen years prior to Philomen Wright setting up shop in Hull, Mondion arrived in 1786 on what is now called Mondion Point, or “Indian Point”. 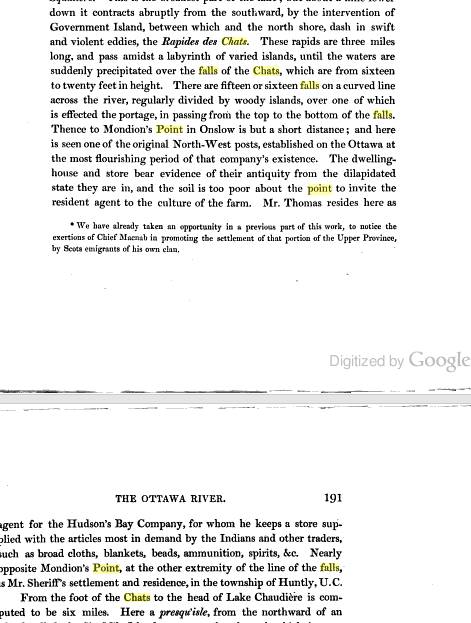 A description of the trading post at Mondion Point from an 1832 publication entitled “British Dominions in North America” by Joseph Bouchette. Note “spirits” for sale. SOURCE: Google

Known to be a major transit route for both First Nations tribes and French voyageurs and “coureur des bois”, Mondion built what is now known to be the first permanent structure in the Ottawa Valley when he built his home there in 1786. A wise entrepreneur, Mondion raised cattle and hogs and sold meat to the hungry fur traders passing by and portaging Chats Falls in the late 18th century. After the British took control of the previously French occupied lands of New France in 1763, Mondion operated his little trading empire on the Ottawa River until he was apparently shut down for selling illegal whisky to those en route along the river. Packing up shop in 1800, he sold his piece of property to a trading company from Montreal: Forsyth, Richardson and Company. In 1804 the Northwest Trading Company took over the property, a valuable piece of land known to be a strategic fur trading point along the Ottawa River. 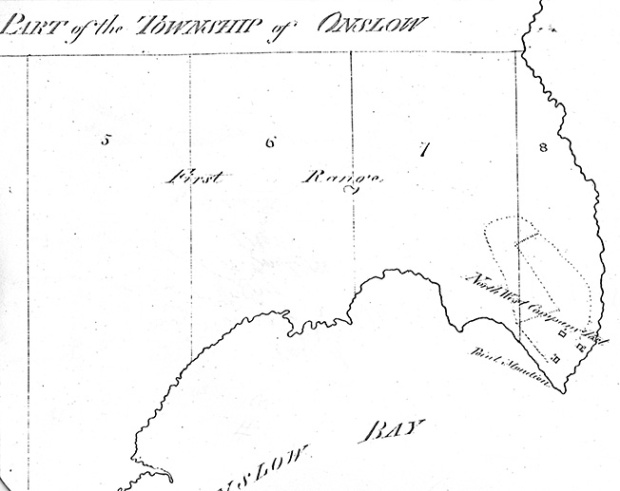 An 1804 survey map outlines where the structures of the trading post and previous Mondion buildings were located. (Source-http://www.histoireforestiereoutaouais.ca/en/b2/)

The North West Company of Montreal and Hudson’s Bay Company were forcibly merged in 1821 by order of the British government in an effort to end the often-violent competition between the two trading companies and the piece of land became an official Hudson’s Bay trading post. This once remote outpost consisted of log cabin structures and wooden outbuildings that would contain the inventory needed to trade with natives, such as guns, blankets, iron tools, and clothing. 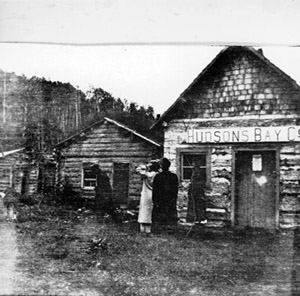 A typical Hudson’s Bay Trading Post in the 1800’s.

In 1837 the trading post was abandoned since most of the native population had been displaced and the fur trade was coming to an end with lumber being the new commodity along the Ottawa River. The trading post log cabins fell into ruin and the land was transformed into farmland until it became cottage country, of which it remains today. 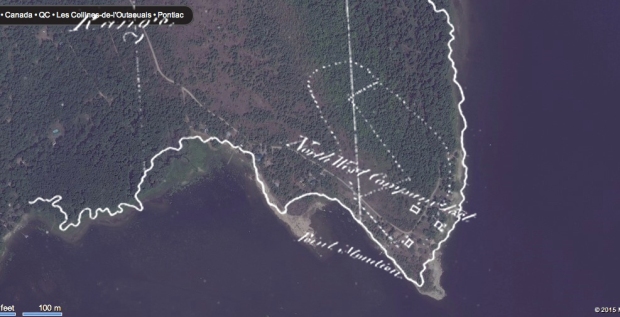 Overlaying the 1804 Northwest Trading Company map over a current map we can see where any ruins may be located. SOURCE: Bing Maps

In an effort to locate this once prosperous 200 year old Hudson’s Bay Trading Post I referred to an 1805 map by the Northwest Trading Company that outlined where the original structures would have been. Transposing that map on a current aerial view map indicated where any ruins may lie today. 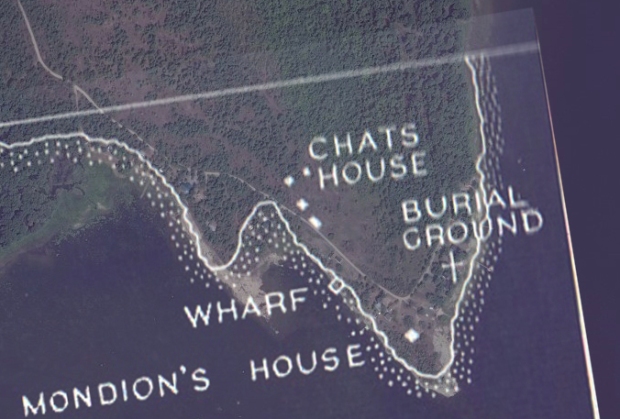 Another map from 1845 indicates where Mondion’s original 1786 house would have been. Some cottages are built on a burial ground. (Source: The Upper Ottawa Valley by Clyde Kennedy)

Of course the original plot of land settled by Mondion and used by the Hudson’s Bay Company has been subdivided into many lots since they departed, but a significant parcel of waterfront land that was once owned by Mondion and the Hudson’s Bay Company is still undeveloped. Nearby, off the main road it was also discovered that some overgrown stone foundations remain, likely those of the original 1786 Mondion house and the 1800’s trading post. The crumbling stones of this once bustling fur trading dynasty now sit quietly forgotten in the bushes.

Concealed under the cover of bushes and underbrush, the original stone foundation of a structure is visible. This could be the remains of Mondion’s original home built in 1786, the oldest known pioneer settlement in the Ottawa Valley. 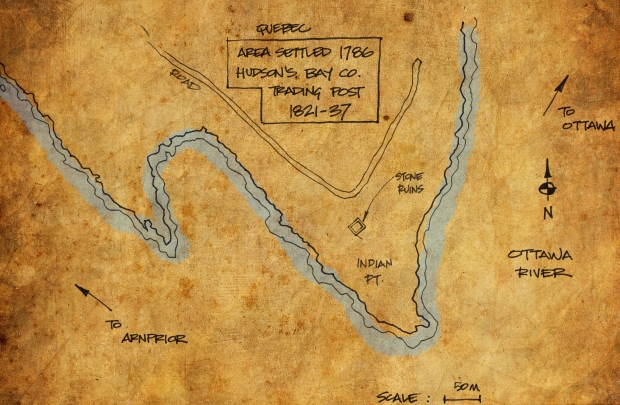 The stone ruins lie almost exactly where the old maps indicated it would be. 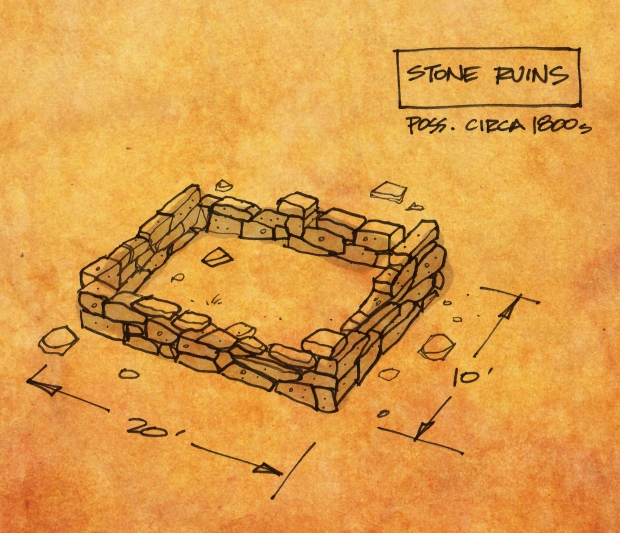 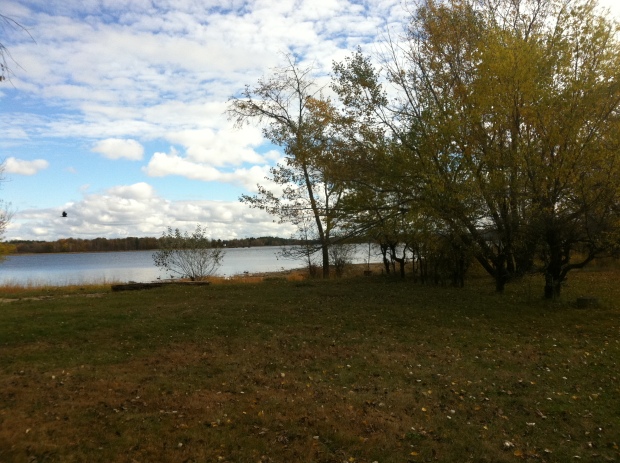 It seems a shame that the area of Ottawa Valley’s oldest pioneer settlement and a Hudson’s Bay Trading Post lie forgotten on the shores of the mighty Ottawa River.

I find it seriously disheartening that such an important piece of Ottawa Valley history, if not Canadian history remains forgotten. This is certainly an important part of our national history that I think should be considered for recognition by the federal or provincial government. Who knows what important historical artifacts lie beneath the surface of this land. With the Hudson’s Bay Company recently sold to an American private equity firm, these ruins of the old HBC trading post, whoever they belong to, should be preserved and recognized for their cultural and historical value to this country.