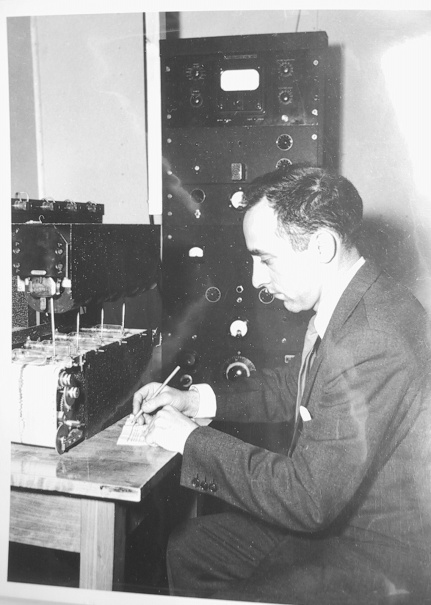 During the 1950s the world was gripped with paranoia dealing with the threat of nuclear war, and a new phenomena that was sweeping the world…UFOs. With reports of Unidentified Flying Objects growing each day, both the general public and government agencies from around the world quickly reacted. Canada was not without its own concerns over these new “alien spacecraft” roaming the skies, and set up a special investigation unit in Ottawa under the name “PROJECT MAGNET”.

Project Magnet was an unidentified flying object (UFO) study program established by the Canadian Department of Transport (DOT) on December 2, 1950, under the direction of Wilbert B. Smith, senior radio engineer for the DOT’s Broadcast and Measurements Section. Smith, the Defence Research Board and the National Research Council (NRC) were trying to determine that if UFOs did really exist, they might hold the key to a new source of power using the Earth’s magnetic field as a source of propulsion for their vehicles. The top secret project in Ottawa was also working with their American counterparts in the CIA to determine if this new UFO “power source” could be studied and harnessed.

Smith’s geo-magnetic studies grew, and in 1952 the investigation was moved to Shirley’s Bay, a government facility on the Ottawa River approximately 15km west of Ottawa. UFO detection equipment was installed and by the end of October of 1952 the installation was complete. It became the world’s first UFO research facility. The 12 foot by 12 foot building housed instruments such as a gamma-ray counter, a magnetometer, a radio receiver  (to detect the presence of radio noise) and a recording gravimeter within a 50 mile radius from the station. 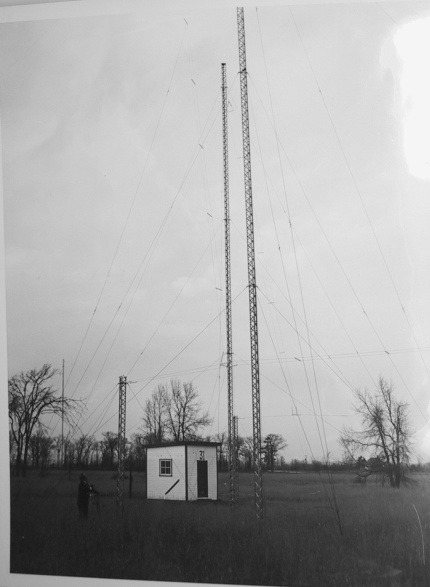 UFO Monitoring equipment installed at Shirley’s Bay in 1952. It was the world’s first UFO detection site.

Smith and his UFO research team at Shirley’s Bay conducted a number of experiments trying to attract UFOs to the area using their newly installed equipment. After months of potential UFO activity being recorded in the area, the facility soon had their most unusual occurrence. At 3:01pm on August 8, 1954 the instrumentation at the Shirley’s Bay installation registered an unusual disturbance. In Smith’s words “the gravimeter went wild”, as a much greater deflection was registered than could be explained by conventional interference such as a passing aircraft.  Smith and his colleagues rushed outside their research building at Shirley’s Bay to view the craft that was creating such a enormous reading on their equipment. Once outside the building they were disappointed to find a heavily overcast sky with limited visibility.  Whatever kind of craft that was up there was well hidden under the cover of clouds.  The only evidence the researchers had of this large UFO was the deflection registered on the chart recorder paper.

Two days later Smith and the Shirley’s Bay research facility were abruptly shut down upon orders from the Department Of Transport. Many speculate the findings and strange occurrence at Shirley’s Bay prompted the project to go “underground”, with all findings entering the “TOP SECRET” status of operation elsewhere. Smith was allowed to remain if he chose to, but all government funding to conduct his UFO research was halted. Without government subsidies. Smith continued his research, funded by “other sources”. Smith carried on working at Shirley’s Bay, developing what he claimed was a breakthrough anti-gravity device. In a 1959 presentation Smith stated “ We have conducted experiments that show that it is possible to create artificial gravity (not Centrifugal force) and to alter the gravitational field of the Earth.  This we have done.  It is Fact. The next step is to learn the rules and do the engineering necessary to convert the principle into workable hardware.”

As Smith was about to finish work on this anti-gravity device he was stricken with cancer and died at the age of 52 on December 27 1962. His work on UFOs and anti-gravity devices came to halt and the research facility at Shirley’s Bay was closed. The Project Magnet building he worked in apparently still existed until 2011 at the Shirley’s Bay Department of National Defence complex now known as “Defence Research and Development Canada” off Carling Avenue. It was simply marked as Building 67. His research building off Carling Avenue was torn down in 2011 and nothing remains but an empty lot.

All that remains of the world’s first UFo research facility is an empty lot at Shirley’s Bay.

Aerial view of Building 67 off Carling Ave. before 2011 demolition.