On my first solo trip as high school kid to Ottawa back in 1990 I drove the old Prescott Highway from Kingston to Ottawa in my ’73 VW Beetle, passing by a curious diner on my way to an interview at Carleton University.  The diner was called the Green Valley restaurant, a neat old diner that looked like it was part of a 1950s movie set. The white building would later burn to the ground in the late 1990s on New Year’s Eve, its history disappearing up in smoke and its remains bulldozed into a future parking lot. My first greeting as I entered Ottawa was through this fine old dame that once sat at the corner of Baseline and Prince Of Wales Drive, and now 25 years after I first saw her, I want to show the rest of you who may never have known the majestic Green Valley. 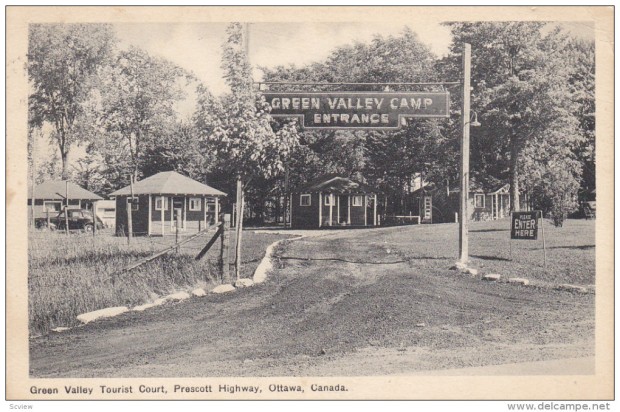 In 1933 Waldorf Stewart moved to a remote wooded property on the old Prescott Highway near Ottawa where he built a play cabin for his daughter near his new home. The rustic cabin was soon visited by uninvited guests who were tourists passing by thinking it was a Motor Court cabin rental, a type of accommodation that was springing up all over North America as more and more tourists traveled by car. Stewart realized an opportunity when he saw one, and built a few more cabins and opened the Green Valley Tourist Court with cabins to rent for tired travellers on their way into the Nation’s Capital.

One of the first, if not the very first, motels in Ottawa was the “Green Valley Tourist Court” located at the corner of Prince of Wales and Baseline that opened in 1933.

In 1947 Stewart expanded his tourism empire at what was once considered “the outskirts” of the city and opened the Green Valley Restaurant, a modest diner to serve breakfast and evening meals to his customers staying at the rental cabins. Now boasting 24 cabins, Stewart thought the motel and diner would only be open for the summer tourist season, but the restaurant gained a reputation for fine quality foods. This may in part to the hospitable service but also because Stewart hired Chef Gustave, formerly from the Engineer’s Club in Montreal. After only a short period of time, the Green Valley became one of Ottawa’s premiere dining destinations. 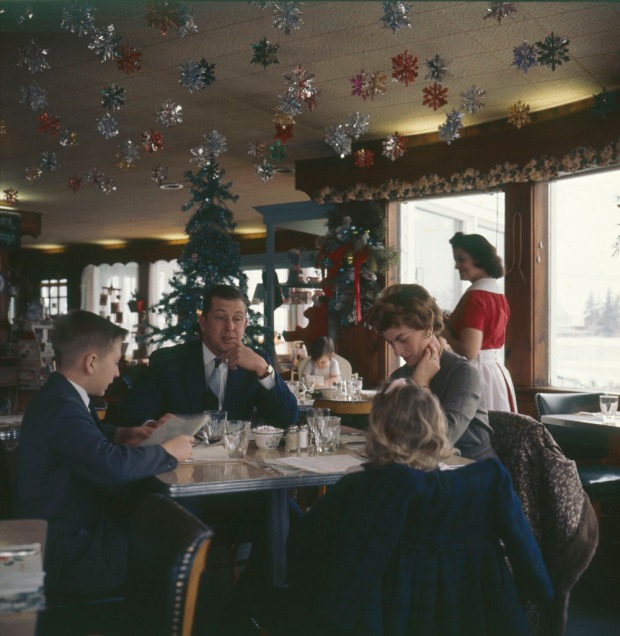 An Ottawa experience was going to the Green Valley Restaurant, shown here in what looks to be the 1950s. (image Library and Archives Canada)

The restaurant was expanded three times and included a gift shop called the ‘Then and Now Shop’ where visitors could purchase toys, souvenirs and curious gadgets. Kids especially enjoyed the “Mickey Mouse” sundaes that the restaurant served to its younger diners which was a cartoon dessert; a scoop of ice cream with wafer ears and pistachio eyes. Many Ottawa residents will remember going there with grandparents or on special occasions, as it was a treat to be treated to the Green Valley Restaurant back in the day.

In 1956 Stewart once again expanded the restaurant to include “The Walnut Room”, a special dining area with rich walnut panelling and thick carpeting. Once staffed with 65 employees, the Green Valley became an empire, but like most empires they eventually fade away. 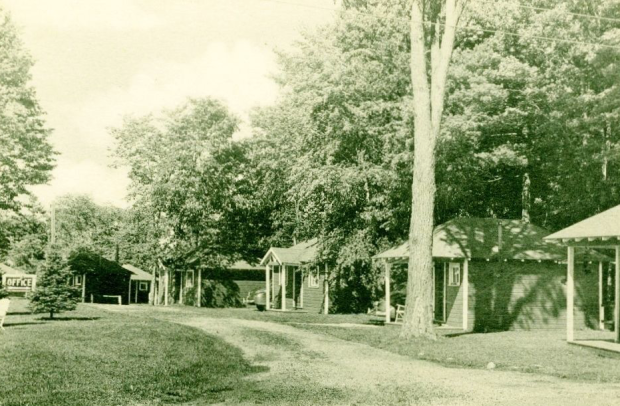 I remember when I received my first paycheque from my first full time job and I wanted to treat myself to a nice dinner. So I picked the place I saw when I first drove into Ottawa a few years earlier, the Green Valley. It was 1995 and I remember the place looked like it was trapped in 1955, with a musty smell reminiscent of an old landmark dame that now sat tired, empty and staffed by elderly servers who had probably worked there when it first opened and still wore their original uniforms. The furniture was worn, the food was bland, and the place had a very “The Shining” feel to it. Nevertheless you could sense it was once “THE” place to eat in Ottawa, but with the Lone Star opening up down the road, and other restaurants emerging, the Green Valley was left behind, its grandeur tarnished by the hands of time. 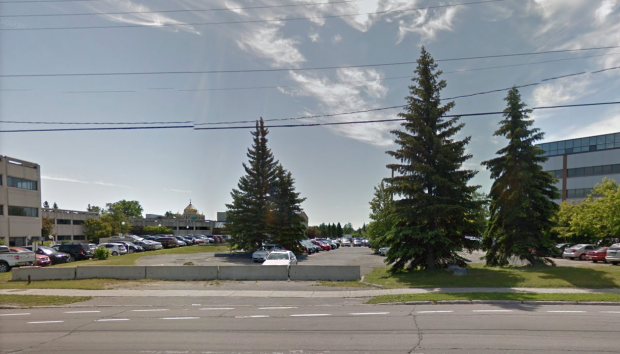 The former entrance to the Green Valley Restaurant now blocked off, and turned into a parking lot. (GoogleMaps street view)

I’m glad I got to visit the Green Valley, because soon after I was there, the restaurant mysteriously burned down on some New Year’s Eve, its charred remains were unceremoniously bulldozed away, turning this once special place into nondescript parking lot. That parking lot still remains at the corner of Prince of Wales and Baseline, and you would never know that it was once the location of Ottawa’s grand valley experience, the now lost Green Valley.

The Ottawa Citizen via Google News