Every city has its favourite night clubs, most of them enjoying the spotlight for a few years before something trendier comes along. Every decade has its hot spots, and in the 1960s, one of the hottest, or should I say coolest night clubs was Ottawa’s “Beachcomber Room”. Located in the Talisman Motor Inn on Carling Avenue, the Beachcomber Room boasted the latest in Tiki culture and entertainment through the vision of  Talisman designer William Teron.

Built in 1963 as Ottawa’s premier business convention centre and hotel, Teron designed the Talisman with a South Pacific theme, including a very faithful replica of a tranquil Japanese garden at the center of the motel. The Beachcomber Room was “flamboyantly decorated in a Tahitian motif” and also featured a 90-foot mural painted by Count Alex Van Svodoba, who also completed a mural at Carleton University.

The Talisman Motor Inn as it appeared in 1989. All original signs have since been removed.

The Polynesian theme of the Beachcomber Room was in tune with the popularity of the Tiki culture during the mid-century era, which was based primarily on “Don the Beachcomber’s” in Hollywood, California. Credited as being the first tiki restaurant that all others copied, its founder, Donn Beach, was the first to mix flavored syrups and fresh fruit juices with rum. The trend became the hot ticket for Hollywood stars and elite, making the Tiki-theme a nationwide phenomenon.  Ottawa was no exception, with The Tabu opening in the old Beacon Arms Hotel (now the Capital Hotel & Suites) in the early sixties and The Beachcomber Room opening soon afterwards in 1963, taking its name directly from the original Hollywood establishment. 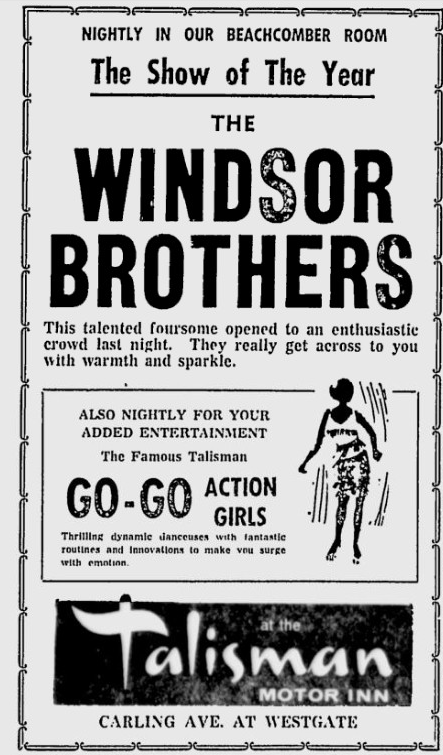 Enjoying almost three decades of popularity as Ottawa’s hottest drinking and entertainment establishment, the Beachcomber Room was THE place to dance, listen to live music and enjoy the quintessential Tiki Mai Tai cocktail. However, as with most bars, its popularity wained and the Talisman name was dropped when it became a Travelodge and it was extensively renovated with a Kids Water Park and its unique Polynesian theme was lost.  Remnants of the Japanese gardens are still visible today, as are some architectural details from its illustrious past. But where was the Beachcomber Room? What is left of it? Lets comb the beach…

…and that same view as it looks today. 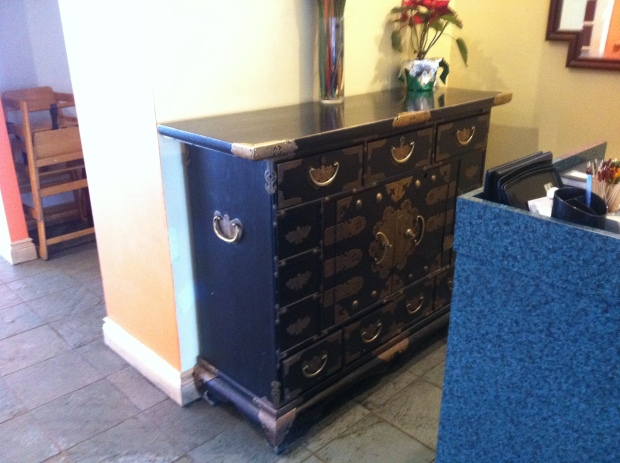 Some left over relics from the old South Pacific themed Talisman can be spotted around the present day hotel, like this Japanese hutch.

More relics of the Talisman’s glorious Polynesian past…some Asian style wall hangings on a wall hidden away by an emergency exit. 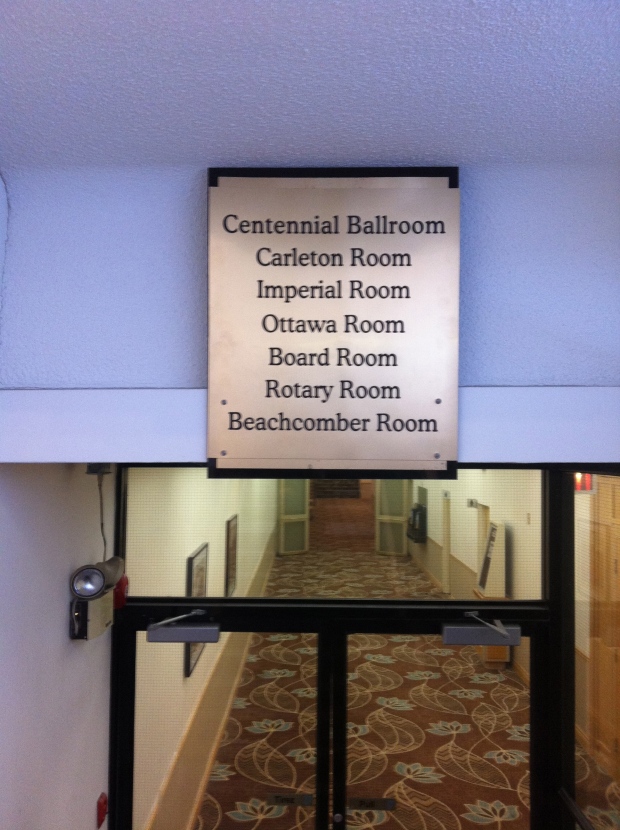 Another sign clue is leading us downstairs in the direction of the Beachcomber Room.

…and there it is. I have no idea what lies behind those doors and if the original 1963 Polynesian themed mural by Count Alex Von Svodoba is still in there. 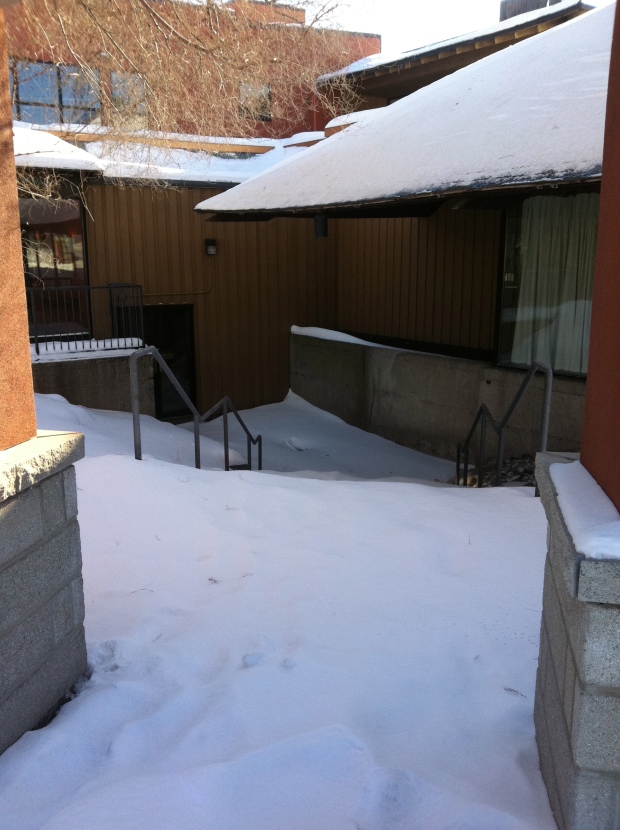 These abandoned snow-covered stairs lead down to what was once Ottawa’s hottest nightclub, the long lost original tiki-bar known as…THE BEACHCOMBER ROOM. 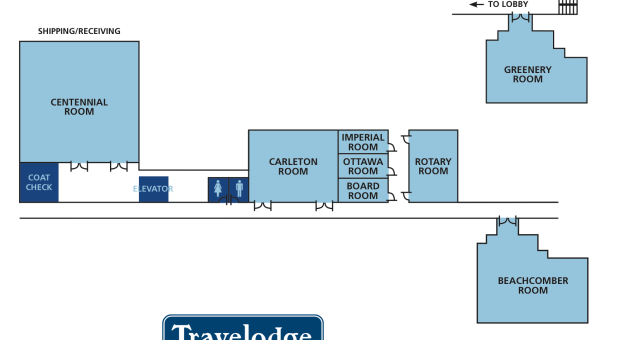 The current hotel website says you can rent out the legendary “Beachcomber Room”….Tiki-party anyone?