Six years ago we lost a Canadian icon, someone who told us that the lowest price is the law and quite frankly, “Only you’ll know how little you paid”. It was in March of 2013 that the last Zellers store shut its doors, unsuccessfully replaced by the failed Target chain. With all Zellers department stores closed across Canada, this retail giant of the 1980s and 90s reached its peak in 1999 with 350 stores across the country.  Then, an American retail giant arrived. Walmart entered the scene in Canada and facing fierce competition, Zellers announced in 2011 that the U.S. Target Corporation would be purchasing the lease agreements of 220 Zellers stores for $1.825 billion, and under the agreement, Zellers would sublease the properties and continue to operate them until the end of March 2013. At that time 100 to 150 of them would reopen as stores under the Target banner, with remaining sites transferred to other retailers. Target closed all operations in 2015.

The bootlegged Atari games that Zellers sold in its stores in the 1980s. (image: AtariAge)

Personally, I have always had fond memories of Zellers as kid growing up in the late 70s and early 80s. I saved up my paper route money to buy an Atari2600 at Zellers for $99.99 (on rain-check) and countless bikes, clothes and toys were also purchased there. In fact, Atari was such a hot item for Zellers, that they packaged and sold counterfeit copies of Atari games, 18 of them in fact, which were clones of Atari games they got in trouble from Atari for selling. Whoops, the lowest price wasn’t the only law I guess.

With Zellers wiped out from our retail landscape in 2013, it would seem that it would just fade away as all other department stores of our youth do, like Kmart, Towers and Simpsons. But what if I told you that it hasn’t quite disappeared, and in fact there is a secret Zellers, once a Kmart, still open for business? It is the last Zellers in Eastern Ontario (there are 2 left in Canada, the other one is in Etobicoke, ON) and it is still open for business.

As some will undoubtedly point out, this may not be exactly the same as the Zellers of past, but rather a liquidation outlet for the parent company, Hudson’s Bay, which acquired full ownership of Zellers in 1981. So I guess things have come full circle. There is no question though that this location uses all Zellers signage, displays, cash registers, shopping baskets and all manner of the old Zellers.

With camera in hand I visited this retail remnant hidden away in Bells Corners to record what is left of this once prosperous store of our youth…..

The Zellers sign in Bells Corners is actually put overtop an even older Kmart sign. There was a Kmart location in Bells Corners until the 1990s when Zellers took over, and apparently just put their sign overtop. (comparison photo below) 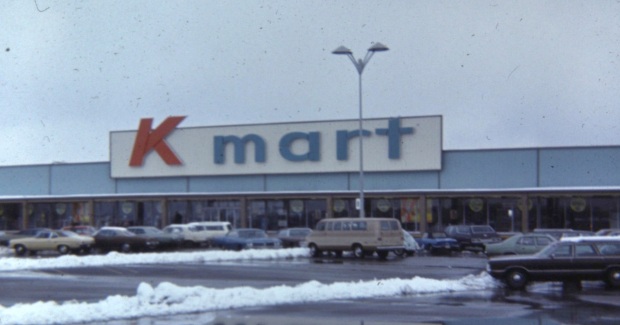 This would have been what the original Kmart store was like in Bells Corners, note the big sign. 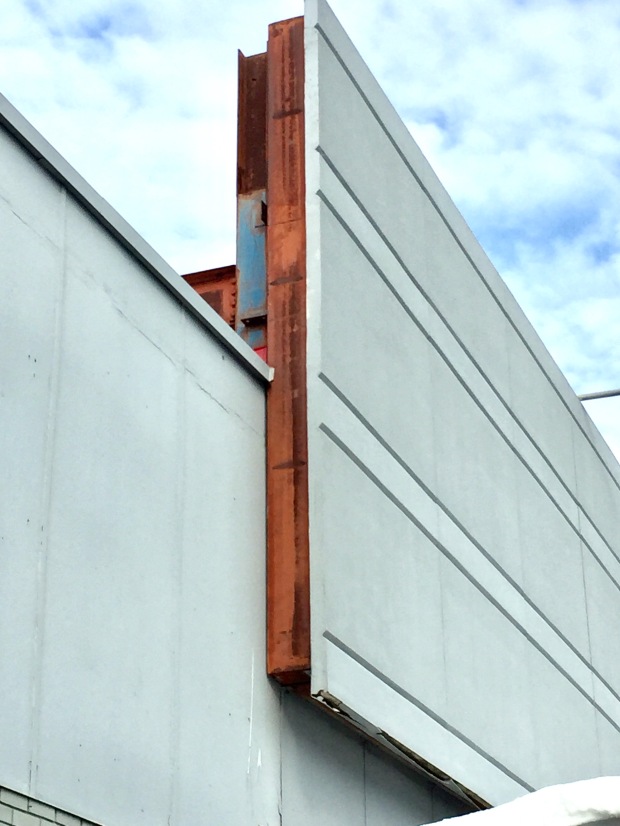 You can see here the metal brackets that once held the old Kmart sign, with the newer sign placed overtop of it.

This ad from 1987 shows that it was still a Kmart in Bells Corners at that time.

Once inside this old Kmart/Zellers the familiar sight brought back a flood of nostalgic memories.

A typical Kmart layout that was later  to become the Zellers that is there now. 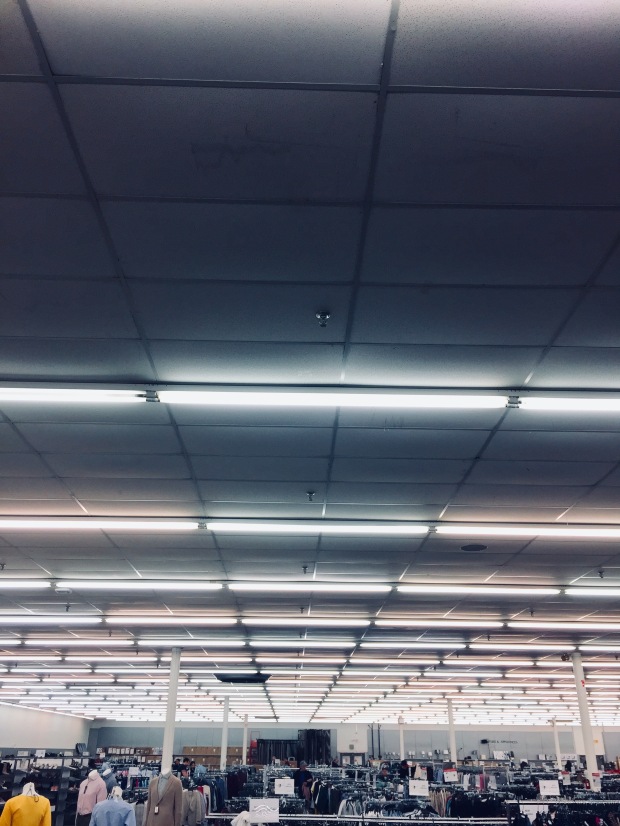 Lots of fluorescent lights. Love it. Such a classic old lighting system. 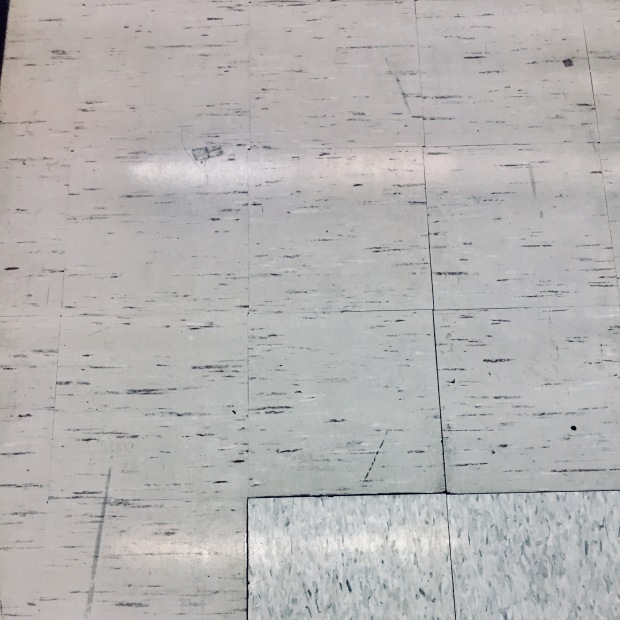 The polished linoleum that has been trod upon by thousands of shoppers from its time as Kmart to the present Zellers.

I will always remember these huge ceiling vents from when I was a kid at these department stores. 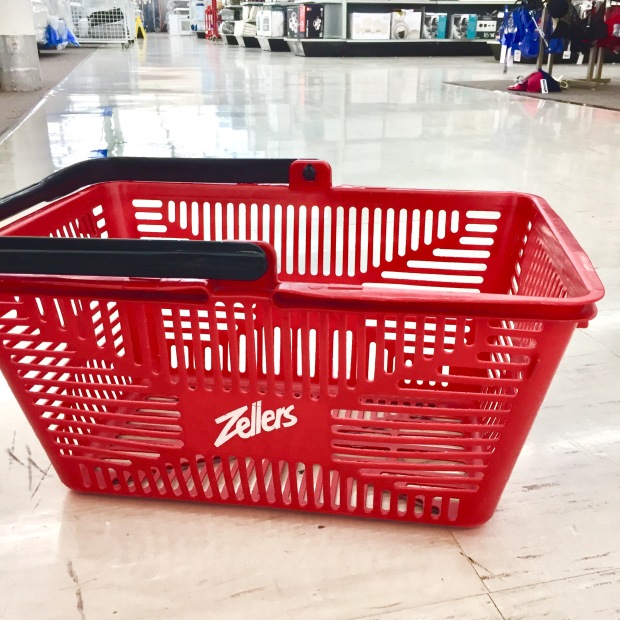 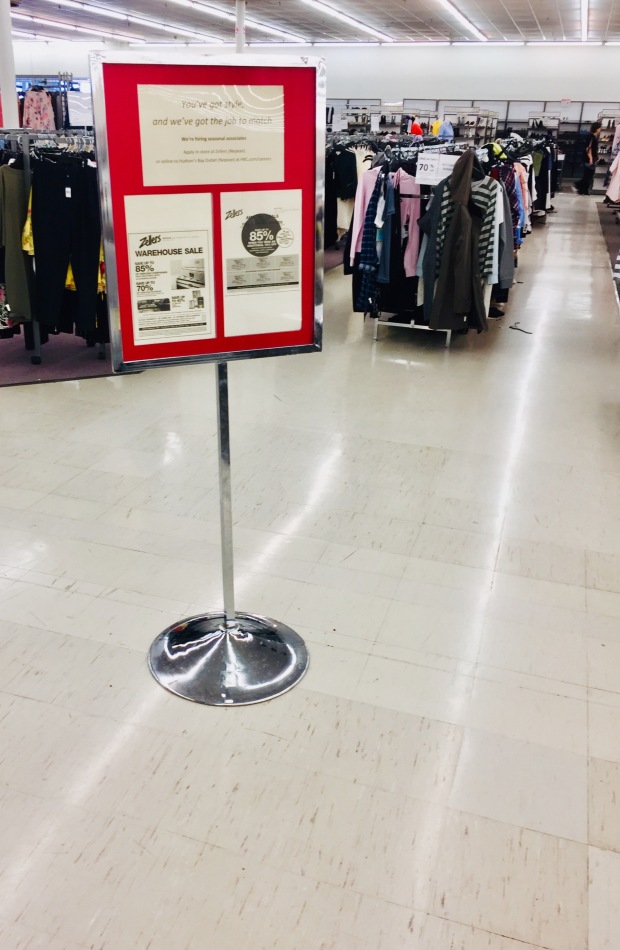 I love these old chrome metal sign stands and makes this feel like a real throwback to the Kmart/Zellers experience.

Zellers trademark red and white motif is still going strong here. Many a late August days in the 1980s were spent buying back to school clothes from these rack displays. 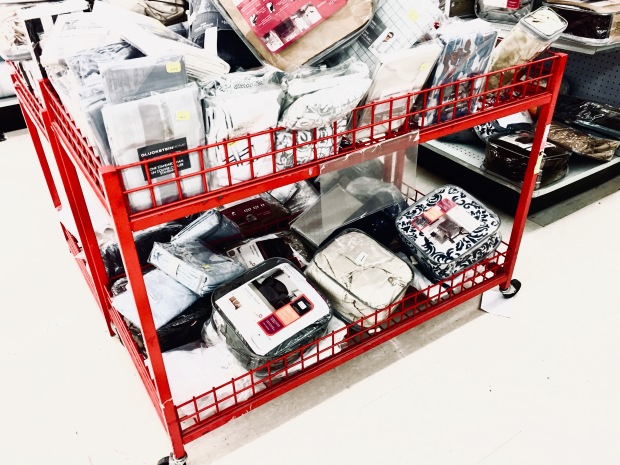 Zellers discount bins. I remember these being full of socks and shirts as a kid. 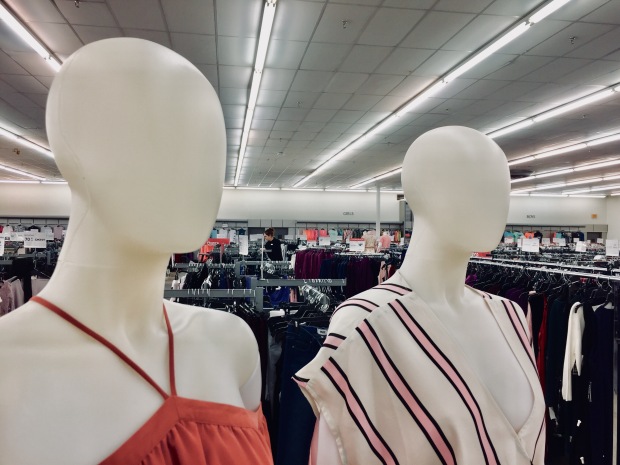 I also remember these from my 1980s youth and still think they are creepy. 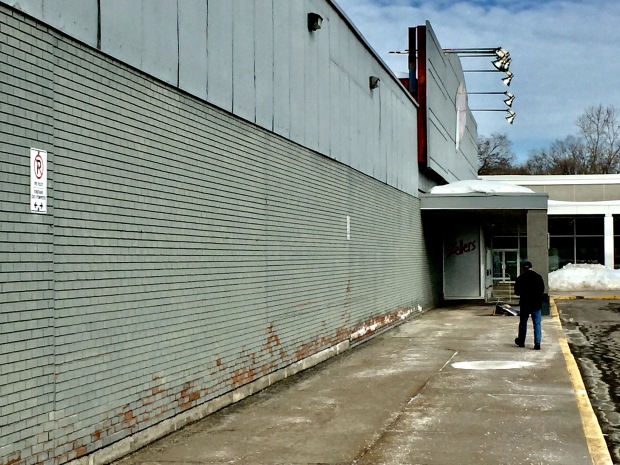 For over 50 years this location has been a Kmart and a Zellers, and you can still visit it and experience what the atmosphere of 1980s department store was like. 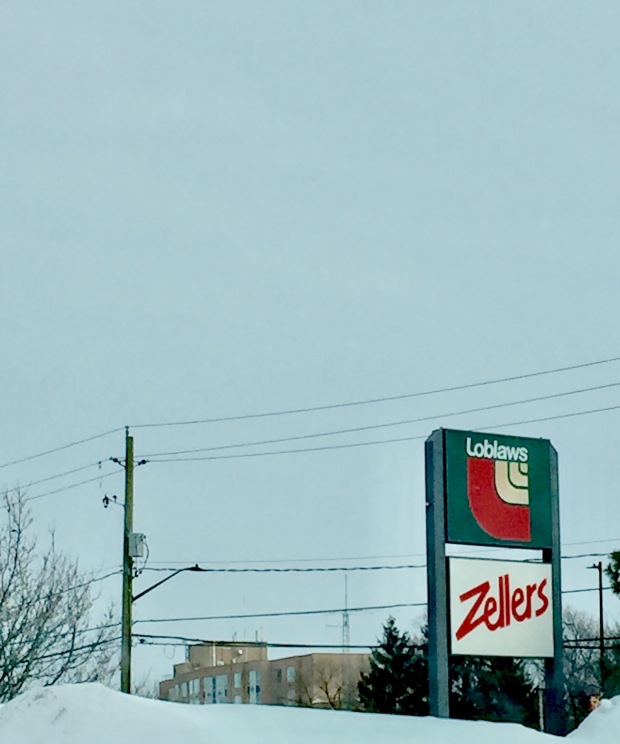