When Whales Swam Above

When stuck in Ottawa traffic, your mind can drift as you stare with glazed eyes at the hundreds of cars slowly moving ahead of you. The snail beside you in the ditch is making better progress. On one such occasion during rush hour, I began to imagine a time when the entire Nation’s Capital was under a vast ocean with the surface we live on being the seabed of an ancient body of water called “The Champlain Sea”. This is not a daydream, but reality…about 12,000 years ago melting glaciers created a murky sea that covered the region in about 500 feet of saltwater, from Ottawa all the way to the Atlantic Ocean.

The extent of the Champlain Sea that covered the Ottawa area 12,000 years ago. (Image: Wikipedia)

Imagining this ancient sea that once existed above our heads, I also pictured the many sea creatures that would have swam above us so long ago, and how their remains must be buried in the soil all around us. A quick bit of research revealed that such a find did occur, a creature of the ancient sea was in fact discovered in 1874 south of Ottawa, and it was none other than a giant humpback whale. 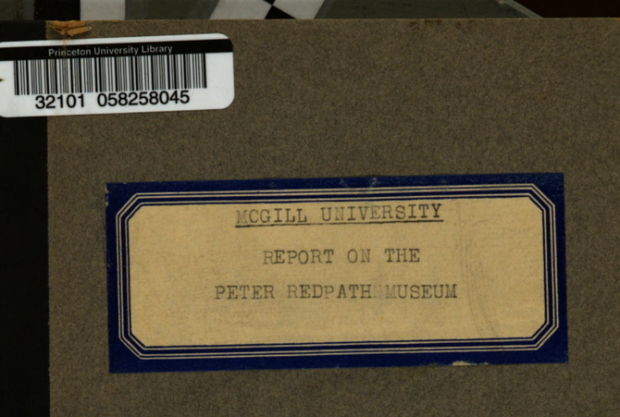 A report on The Peter Redpath Museum published by Princeton University in 1883 outlines the discovery of a humpaback whale north of Smiths Falls in 1874 while building the Canadian Pacific Railway line, just a stone’s throw from the current VIA rail tracks.

The report explains that bones were found in a gravel pit, three miles north of Smith’s Falls, at a depth of 30 feet from the surface. Two vertebrae and a fragment of another with a portion of a rib, and other fragments were found in good preservation.

The red dot marks the location of where an ancient humpback whale was found in 1874. (GoogleMaps)

The gravel pit where the humpback Whale was found, just off Highway 15 (GoogleStreetview)

The Humpback whale bones were then donated to the Peter Redpath Museum in Montreal, which still houses them today. In addition to the Humpback whale, SEVEN other whales have been unearthed in the Ottawa Region. From Arnprior to Montreal scores of whales, seals and porpoises have been found accidentally, cocooned in sand for over 10,000 years.

In 1948 at a sandpit near the Uplands Airport, two beluga whales were recovered. It seems the sandy bottom of the Champlain sea is where a number of whales were laid to rest 12,000 years ago, with many more likely still waiting to be found.

Beluga whale skeleton in the Redpath Museum, unearthed in the Eastern Ontario region.

Map showing where various whale and other sea creatures were discovered in the region of the Champlain Seabed. (fossilslanark.blogspot.com)

You can still see the bottom of the ancient ocean in the sand hills near the airport where creatures large and small would have swam above for thousands of years as the glacial waters receded to their present levels. This ocean 500 feet deep was full of whales, seals, and other creatures. Quite astonishing to imagine, but if you are stuck in traffic you can let your mind wander and close your eyes, picturing humpback whales swimming above the current sea of traffic. Existing in a time when the highways of Ottawa were nothing more than a weed covered ocean floor, with its salt content being the only thing similar to our current dreary winter roads…