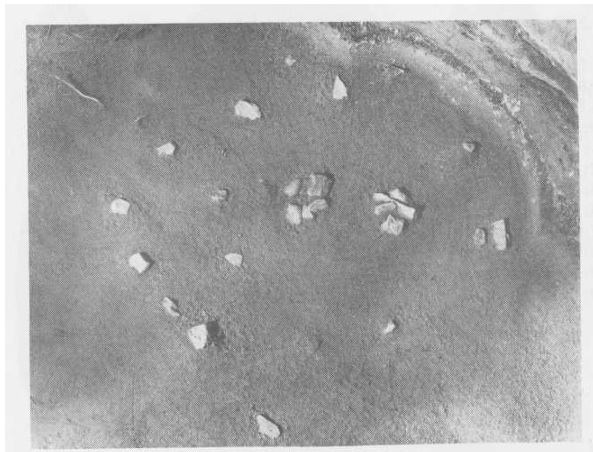 An ancient petroform, or formation of stones from 500BC was uncovered at Constance Bay in 1970.

When you think of Ottawa history, you probably think of the early 1800’s, the days when logging was a booming industry and the Rideau canal was being constructed. While most of Ottawa’s history is relegated to only the last 200 years, there is a relatively unknown history to this region that far surpasses that timeline by thousands of years. A history that includes an ancient civilization that flourished along the shores of the Ottawa River. Remnants of their existence are still out there waiting to be found. Objects used by this civilization represent a fascinating and overlooked part of our area’s rich and unexplored history. 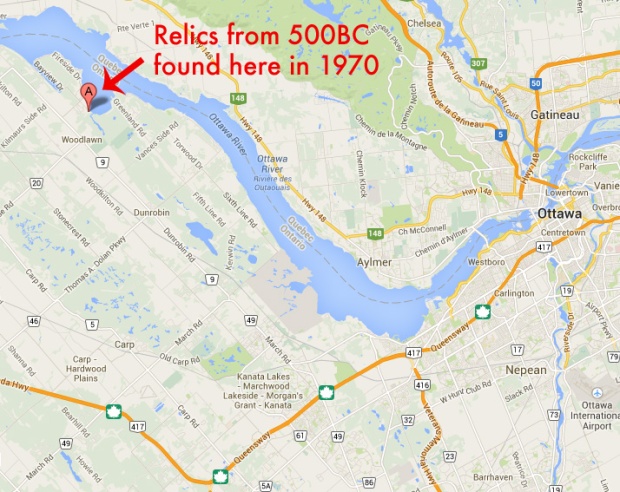 Ancient pots have been found just sitting in the crevices of Luskville cliffs, forged copper weapons from 6,000 years ago have been found on an Ottawa River island near Pembroke. Area artifacts slowly being uncovered show a vast ancient trade network with distant regions that seem weirdly unlikely. Exotic materials in these objects show them originating from as far away as the tip of Labrador and the far reaches of a Lake Superior island where an ancient copper mine produced 99% pure copper to a widespread group of ancient civilizations in the Americas.

A 2,000 year old knife found near Ottawa was was made from a type of stone only found in Ohio, USA. Granted, the Ottawa area provides water access to a variety of areas through the Rideau river, the St. Lawrence, the Great Lakes and beyond. Likewise, visitors from those places could have visited the Ottawa area.

One such example of this ancient past is the the accidental discovery of relics from the period of 500BC during the summer of 1969 near Constance Bay. Yes, 500BC…2,500 years ago. 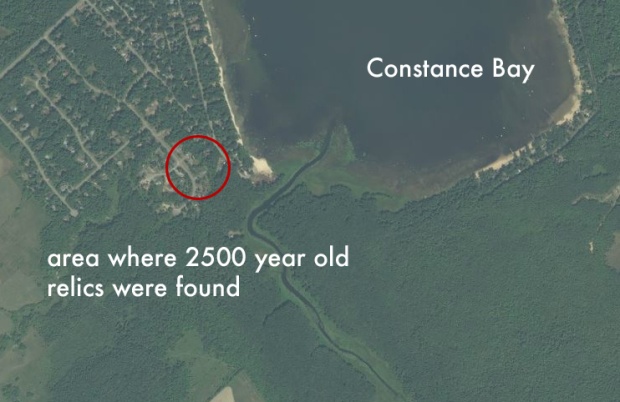 It happened when a cottage was being built on the shores of the Ottawa River, unearthing objects that led to an archeological excavation in 1970. I came across the original archeology report of this ancient find and what it revealed is a unique and compelling history of our area. You can read the entire 1970 archeological report on this extraordinary find here.

The original 1970 archeological sketch of the Constance Bay site. 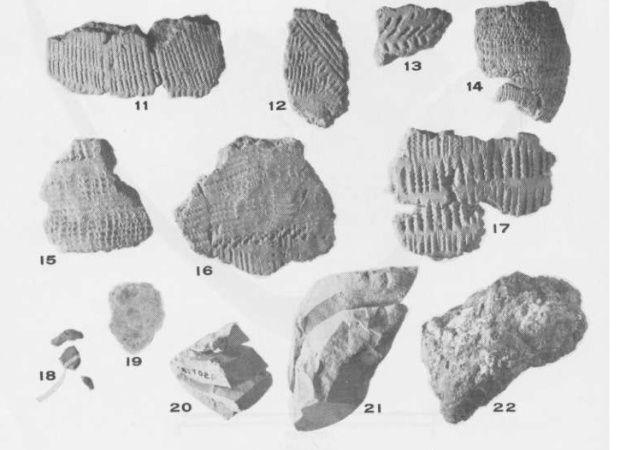 A sample of the items recovered from the site.

The ensuing dig in 1970 produced ceramics, stone tools, fragments of copper, galena, mica and bone, hearth features, and an apparent red-ochre burial site marked by a possible petroform (arranged stone formation). The radiocarbon dating of charcoal found at the site place the site and its relics around 490 B.C. ± 75 , when Middle Woodland tribes were congregating along the waterways of what is now Ontario and Quebec.

Our ancient site is located at the tip of Constance Bay where it meets a small creek, only about 40km west of Ottawa. This area has been linked to other historical artifacts, such as bayonets and cannons from the 17th century along with other post-contact native artifacts. Located a few metres from the sandy beach area of the bay, archeologists in 1970 surveyed and studied the site, noting hundreds of relics that were found in the vicinity of the camp, including shards of marked pottery that were used to recreate how an archaic vessel, over 2500 years old, would have looked. 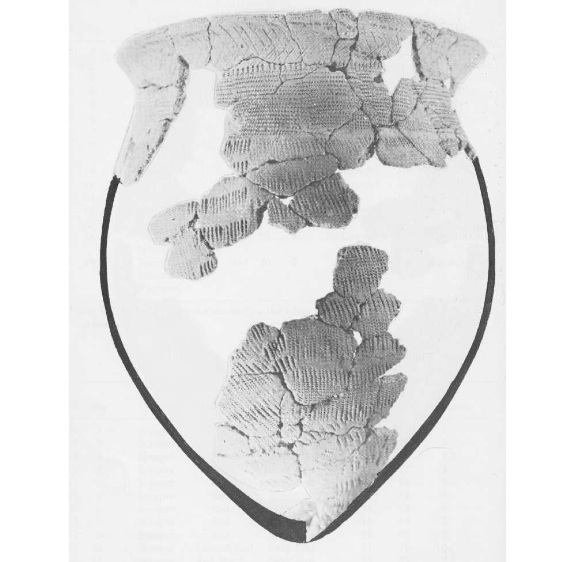 Of particular interest, a petrofrom, or an arrangement of stones that denote a special use area, was also uncovered. Speculation that is may have been part of a burial ritual was substantiated by the discovery of mica dust and red ochre, sprinkled over the buried dead and the remains of organic material in the area. This mysterious stone formation and the ancient site has since been subject to development and remains once again lost in time.

An ancient petroform, or formation of stones, was uncovered at Constance Bay in 1970.

I drove out to visit the site and was met by cottages and monster homes that cover the area where the 2,500 year old site would have been. Discovered only 45 years ago, the site seems to be lost once again into the depths of time, without any plaque or indication of the fascinating history that once occurred there.

Do more of these ancient sites exist in the area? Perhaps there are more mysterious stone formations and relics waiting to be found in the woods and shorelines of the Ottawa Valley, secrets to an ancient past that may someday be uncovered in our own backyards.