On a tour of the remarkably intact ruins of a railway turntable from Ottawa’s first railway.

Archeologists working on a development study at the City Centre property uncovered the surprisingly intact stone ruins of a 50 ft diameter 1800’s railway turntable. I was invited to examine the site and with much awe, was transported back in time to place that has been lost under the soil for almost 150 years.

Jeff Earl from Past Recovery Archaeological Services Inc. invited me to take a look at a massive 50ft stone ruin that has been lying beneath the surface of City Centre’s vacant lot. First constructed in 1871 for the St. Lawrence & Ottawa Railway, the 50 foot diameter turntable structure would have been part of the industrial railways that snaked all through the former LeBreton Flats area.

Study area showing the second 1883 CPR roundhouse west of the 1871 one that was demolished.

Earl and his associate, Peter Sattelbrger, toured me through the unearthed ruins and explained they had studied old maps and Fire Insurance Plans that indicated a large railway roundhouse may have been situated at the site. Digging began and the archeological team uncovered a remarkably intact stone ruin of a circle that would have made up the foundation of the turntable, used to turn around the old steam locomotives and send them in the opposite direction. 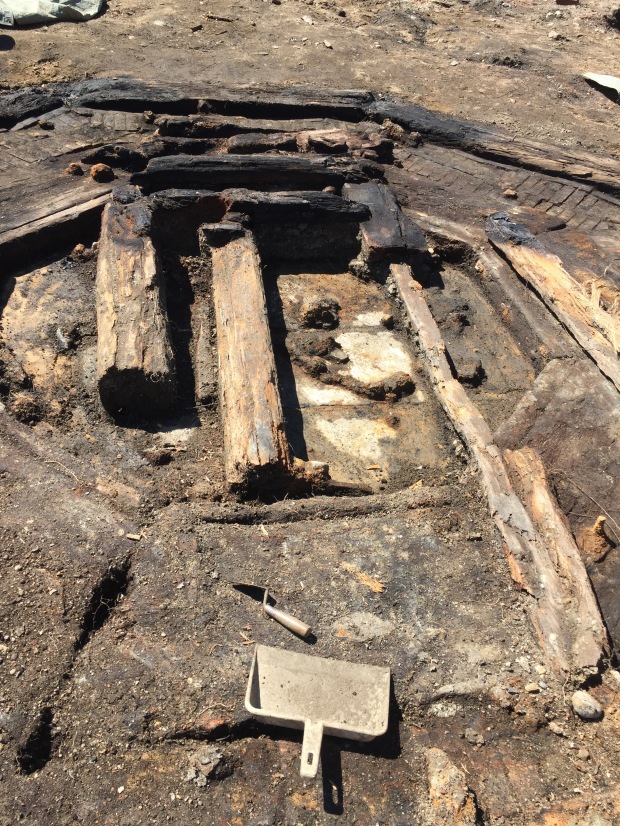 The original 1871 timber and stone pivot point of the turntable unearthed.

The St. Lawrence & Ottawa Railway was previously known as the Prescott and Bytown Railway, and brought Ottawa’s first train to town in 1854. (I wrote about it for the Ottawa Citizen here) That operating company went bankrupt and re-formed in 1866 as the St. Lawrence and Ottawa Railway. The line was eventually taken over in 1884 by Canadian Pacific Railway who used it as a link between Ottawa and their mainlines along the St. Lawrence. The parliament buildings were constructed from stone brought up from the St. Lawrence River on this rail line. 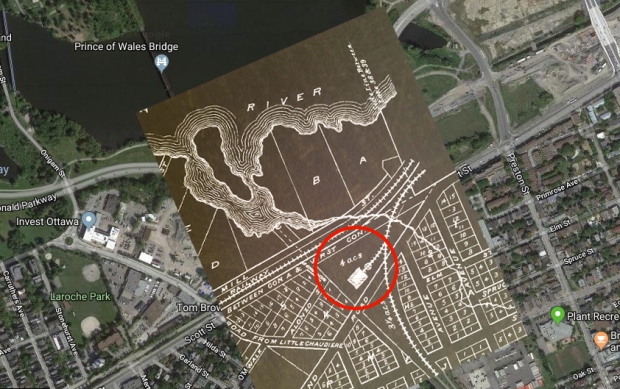 The “ghost” of the railway roundhouse complex shown at the current site at 900 Albert St.. 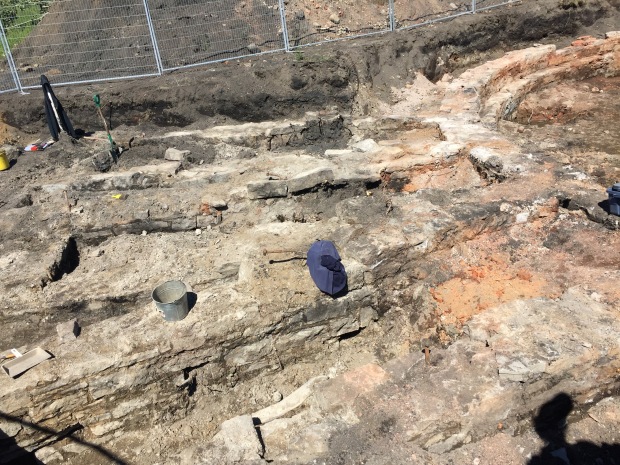 Rail track foundation beds for the tracks radiating from the circle.

The stone circle ruins have well preserved timbers in the centre where the pivot point of finely dressed stones formed the base. This would have been to rotate the steam locomotive once they were on the turntable . Sattelbrger explained that it was most likely a “gallows” style turntable for the trains arriving off a spur line from the main tracks of the railway. This structure either burned down or was demolished when a second turntable and roundhouse was opened west of the original in 1883, of which the ruins from that have also been unearthed. 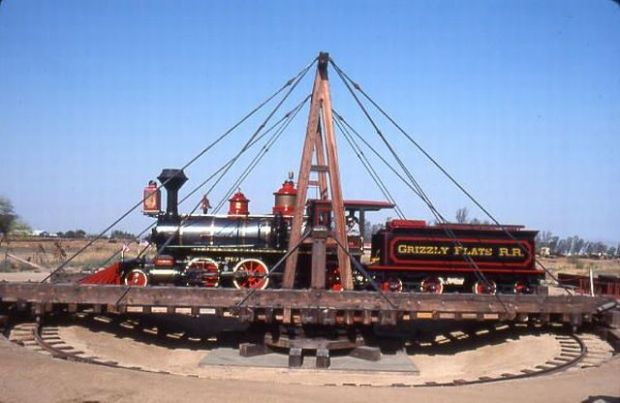 A gallows style turntable similar to the one unearthed at City Centre.

The larger, 20 bay roundhouse but in 1883 later burned down also in 1910, and a third one was built in 1911 again, further west at the present site of the Tom Brown area. That third structure was subsequently demolished in 1968.

The second 1883 roundhouse foundation walls that were also uncovered by archeologists.

Upon examining the ruins, it was amazing to see how well preserved the stone, timber and  red brick was, hidden beneath the surface all these years. Old steam pipes and rail equipment was also carefully dusted off and catalogued, the archeologists diligently working to record as much of this site as possible before the whole area is turned into a proposed future condo development. 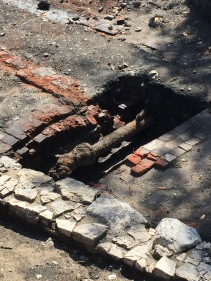 What is probably part of Ottawa’s oldest rail history lies quite preserved in the vacant lot at City Centre, soon to be buried again to make way for a proposed 30 to 55 storey condo tower. No one will ever know that it was there when it is removed for construction. Except for a few of us.

My sincere thanks to the Past Recovery Archaeological Services Inc. team for inviting me to witness a piece of history that was lost, then found, then about to be lost again. Your work is highly appreciated by many, and thanks for bringing this to my attention.